Cuba is a magical island. The goal of our delegation was to experience the magic that at this juncture in Cuba’s history where the past is slowly giving way to a more optimistic future. On its surface Cuba is a calm country with warm, caring people who have very little. After spending some time with Cuban people you will find that they generally love their country but question what kind of future progress will bring with it.

Our group of 22 delegates and guests enjoyed New Year’s Eve in Havana and spent time learning about Cuban culture and life. For 6 days we walked with the

Cubans and in a small sense began to understand their struggles, hopes, and dreams. We also found that there are many faces of Cuba. There is the Cuba that is the ultimate getaway – a tropical island where music and dance convey a carefree spirit and happiness. There is the sea and the beaches and the lively Havana nights. There is the multicultural rainbow of people that make this island unique and captivating. There are the neighborhoods of Old Havana, the Malecon sea wall, the dilapidated buildings and the restoration projects to restore many. There are the old American cars, such as 1956 Plymouths, which the Cubans call “moquinas” or machines. The Cubans know to pull the doors shut gently because of the age of the cars.

Besides the adventure, it is the people that keep me going back. They have very little, and they lack almost everything. Most live on what is equivalent to $20/month and they are given 9 lbs., 1 lb. of beans, 10 eggs and some milk for children each month. As you might expect, much of life for a Cuban revolves around survival. Also, as you might imagine, there is a black market. I got the impression that the Cubans love their country, but they do not like their situation. The people display a sense of resignation but at the same time they are proud, kind, and many have that quality that money cannot buy – integrity. When you go to Cuba and immerse yourself with the people for a period of time you will find that you will leave a piece of your heart with them and their struggles. 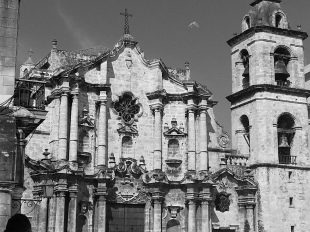 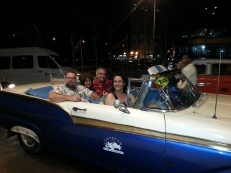 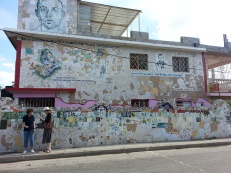 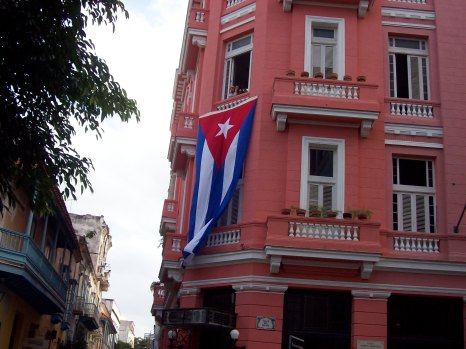 Life is ever so slowly getting better for Cubans. Some will refer to post-Fidel Cuba as they “New Changing Cuba.” With Raul Castro in the leadership position have come new rules opening up the controlled economy. Some of these rules include allowing people to buy and sell houses and cars, working legally for themselves in small businesses rather than having to work for the state, and obtaining bank loans. Slowly, ever so slowly, things are changing. But, for many Cubans this change is not fast enough. For many of the young, energetic, and frustrated Cubans the country still offers little in the way of material and opportunity for advancement. For them, the Cuba that they love does not work. Playing the blame game for why this is will lead down many roads. Most Cubans fell that the American “economic blockade” has crippled the Cuban economy. There is merit in this opinion as there is in the generally held view that the American restrictions against Cuba are outdated and are having the opposite effect of what was intended. In fact, the Cuban government points to the U.S. sanctions as an excuse for economic hardship. It is this very hardship that perpetuates the government as the people are dependent on the meager subsidies provided. We should understand that internal change in a country generally comes after a market economy is introduced. Many Cubans believe that a slight lifting of the U.S. travel restrictions will help ease the severe financial plight of their people.

Our delegation was fortunate to be briefed by an architect who told us of a division that exists between Cubans who wants to eagerly embrace the economic tidal wave that will come with the lifting of U.S. sanctions, and those who want to be more deliberate and preserve the old buildings of Havana. We were also witness to old Cubans who feel the new generation has it too easy. They feel the current generation hasn’t suffered as they did when they literally had nothing. In all, these conversations are not dissimilar to those that occur in every community in America. We also were fortunate to visit Las Terrazas, an eco-community project and we will never forget the night we spent at the Buena Vista Social Club. Nor will we forget the Mojitos that were served at almost every meal. And as for spending New Years Eve in Havana, the old refrain applies, “What happens in Havana, stays in Havana.”